Scott Turow is considered by some as the father of the modern legal thriller. He achieved literary fame in 1977 with the publication of “One L: An Inside Account of Life in the First Year at Harvard Law School”. Before attending Harvard, he earned a master’s degree in creative writing at Stanford University.

In 1987 Turow burst onto the literary scene with “Presumed Innocent”, which became an international bestseller and is often credited with creating popular demand for legal thrillers. Later this book was made into a hit movie starring Harrison Ford as the prosecutor Rusty Sabich. Turow has followed this breakout success with a string of best sellers.

Turow served as an assistant U.S. Attorney in Chicago in the 1980’s when the FBI and Justice Department conducted Operation Greylord. This operation was a massive undercover investigation into judicial corruption in Chicago’s Cook County. Fifteen local judges, and 49 lawyers were convicted. Turow prosecuted one of the most notorious judges, who received an 18-year prison sentence. After service in the Attorney General’s office, he entered private practice with the Chicago law firm of Sonnenschein, Nath, and Rosenthal.

The action in Turow’s most recent project, “Ordinary Heroes”, moves from the courtroom to the battlefields of World War II. When retired newspaperman Stewart Dubinsky (last seen in 1987’s Presumed Innocent) discovers letters his deceased father wrote during his tour of duty in WWII , a host of family secrets come to light. The characters and situations portrayed in Turow’s newest suspense novel are inspired in part by stories and letters shared by his father, who was an army physician.

Recently, Mr. Turow took time to visit about his career, and his thoughts on the modern judicial process.

Please tell us about your law practice and how you divide your time between the law firm and writing.
Turow: These days I am more writer than lawyer. I have practiced part time since roughly 1990, but I spend only about 300 hours a year now in legal work. Most days I write in the mornings, and as that peters out, turn my attention to the phone, or email, or else go into the office downtown. My practice is divided between criminal representation and my work as chair of the Illinois Executive Ethics Commission, A quasi-judicial agency involved with regulation and discipline of state executive branch employees.

Please tell us about your background and when you first realized you wanted to write, and practice law.
Turow: I realized I wanted to write and practice law when I realized I wasn’t going to support myself as a writer. In 1974 I had the choice of teaching, going to Hollywood for a studio staff job, going into advertising, or going to law school, with the promise that I’d find some way to continue to write. I chose the latter path.

As a “baby boomer” born in 1949, how do you feel the events of the 60’s may have shaped you, and possibly the “boomer” generation?
Turow: The 60’s were basically a statement that our parent’s world would not do and that there had to be fundamental changes. I am one of those who thinks those years changed our way of life so much that for those who come later it’s impossible to even understand it. There was, to use a term that came much later, a paradigm shift.

Please tell us about some of your favorite characters, and if you have a favorite among your books.
Turow: No favorite book B it is like naming a favorite child, truly impossible – but I’m especially attached to Sandy Stern and Sonny Klonsky.

Your latest book, Ordinary Heroes, is a novel about a man’s decisions and actions during World War II. Please tell us a little about researching and writing material for the military versus civilian life and systems.
Turow: “Ordinary Heroes” was a gigantic research project that began with my father’s letters home from the European front and went in a zillion different directions; histories of the OSS , of Negro troops, or the JAG department, to reading the 1943 Edition of the Rules of Court-Martials and literally hundreds of narratives of the war, ranging from Robert Kotlowitz’s “Before Their Time” to many internet postings.

Can you explain how you achieve the balance of thoughtfulness and mystery to achieve the compelling scenarios?
Turow: There’s no formula. I love the plot, so forward movement is essential, but reflection is also indispensable in creating a believable world, at least one that’s believable to me.

How do you organize your writing, from beginning to end, or in certain segments, and approximately how long does it take to craft each one of your manuscripts?
Turow: Each novel since “Presumed Innocent” has been published three years after its predecessor, but that time has not always been spent the same way. For example, I finished a non-fiction book about the death penalty, “Ultimate Punishment”, in the interval between “Ordinary Heroes” and “Reversible Errors”. But I always start by just letting myself go and writing something different each morning. I’ll write “all over the book” as I put it, at first snatches of dialogue, a scene I like, a character’s background. Nothing organized. Eventually it becomes more whole in my mind. I do a “draft” which involves inserting blocks of the previously written material in some order. Then I write a continuous draft.

Have you ever actually tried a big case? What did you like the most about such trials? What did you like the least?
Turow: There’s a question that makes me laugh, since there was a time when I was a relatively prominent trial lawyer in this city. As an Assistant U. S. Attorney, I tried dozens of jury cases, the best known probably being the prosecution of a Reginald Holzer, a sitting judge, and former candidate for the Illinois Supreme Court, who was convicted of extortion and bribery. I was also the Junior Prosecutor on the trial of William J. Scott, then the Attorney General of Illinois.

Trial is the most consuming activity I have ever been involved in, which is what’s so great and what’s so awful about it. Life has few moments, aside from a birth, that are more dramatic than the instant before the jury renders a verdict in a major case; history is about to be made.

What did you do to prepare your self mentally for the trial of the case?
Turow: I haven’t tired a case in five years now, but I was by my own admission a maniac. I tried to imagine every conceivable permutation of events that might occur at trial and then be ready for it.

What role do paralegals play in your practice of law?
Turow: Large. I’ve worked with some great ones. Carolyn Dixon at the U.S. Attorney’s Office. Mary Kramer and Lynette Johnson at Sonnenschein. I – and several thousand documents – would have been lost without those great professionals.

What do you think of the jury system in America, if you could make any changes, what would you think would make for a better jury system?
Turow: I’m mildly skeptical about juries, but I’m not really sure that judges are any better. It might be interesting to try the system in Vermont, a Judge and two jurors to decide a case.

Do you think there is a constitutional right for the government to spy on US citizens without court oversight?
Turow: I had thought it was established by the U.S. Supreme Court in 1972 that the Government could not eavesdrop on private conversations within the United States without a warrant. Then again, I also thought that the Government could not take an American citizen into custody on our soil and hold him incommunicado, including without counsel – until I heard about Jose Padilla.

Perhaps I am wrong about the Constitution, but I doubt it. I think this will be remembered as a shameful period, in which we allowed Osama Bin Laden to diminish our freedoms, a victory he never deserved. 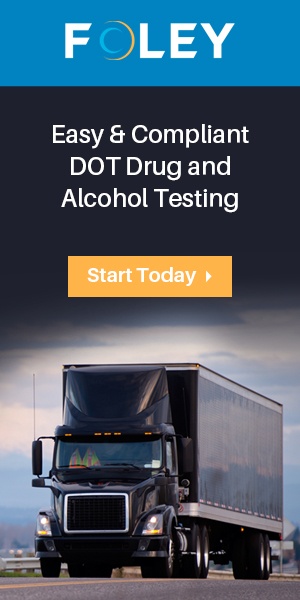